We think that kids who learn to explore—and fail—with courage are happier, more creative and more confident when faced with life’s challenges. The essence of innovation is trial and unavoidable errors that get you closer to achieving your end goal. In fact, some of the most successful people in the world had to overcome failure at some point in their lives. Rather than giving up and allowing their failures to define them, they used setbacks as motivation to make a lasting impact in their field. Here are five stories from some of our favorite innovators who had a famous failure.

Oprah Winfrey is the embodiment of someone who pushes herself out of her comfort zone—and has experienced great success for doing so. Winfrey started out her life in rural Mississippi, and at age three, her grandmother taught her how to read. She excelled at school, won a college scholarship and secured jobs in the media.

Early in her career, Oprah worked on a failed news show and was demoted from her primetime co-anchor role. However, Winfrey’s empathetic style later found traction and she gained her own talk show which rocketed her to international success.

After a quarter-century of success with her talk show, Oprah’s OWN network was written off as a failure by many when it initially struggled to build a viewership or turn a profit. By making a number of changes, such as redesigning programming and collaborating with other creators, Winfrey was able to turn things around, and the network stands to this day.

Winfrey took each setback in her path as a lesson. Her failures weren’t unscalable brick walls; they were stepping stones angling towards a different direction.

Today, J.K Rowling is famously more wealthy than the queen of England, but once upon a time, she was an ordinary parent with a story in the back of her mind. How did she come by her fairytale ending? She never gave up on her dream to publish a novel. A true visionary, Rowling believed that she could turn her vision into a reality and continued to believe in herself despite receiving dozens of rejection letters from publishers.

In her 2008 Harvard Commencement speech, Rowling shared that failure helped her discover that she had a strong will and discipline. Determination pulled her through tough times, and a job at Amnesty International drove home the importance of imagination and empathy. She went on to pen an epic story about a boy wizard whose most remarkable trait is his bravery, and the rest is magical history.

The Star Wars movies may be blockbuster superhits, but before they were ever safe bets for Hollywood studio owners, George Lucas pioneered the genre in 1977 with his ground-breaking space fantasy. Making Star Wars was challenging to say the least. The film was rejected twice by studios before 20th Century Fox agreed to take a risk on Lucas’s ambitious (and expensive) vision.

Shooting the movie was mired with difficulties and quickly fell behind schedule. Some members of the cast and crew didn’t take the movie seriously because they’d never seen anything like it before. The first edit was a disaster and 40% of it didn’t make it to the final cut. A rough cut was screened to a number of Lucas’s director friends and it garnered mostly negative reviews. Lucas was under immense pressure to deliver and he suffered health problems as a result. But he was was determined to realize his vision and didn’t allow negative opinions of others to stop him from producing one of the most influential films of all time.

After all that, Star Wars went on to become a worldwide phenomenon and birthed a new motion picture genre. How’s that for game-changing?

Michael Jordan is widely regarded as one of the best basketball players of all time. In 1978, a young Jordan fully expected to be on the varsity team as a high school sophomore, but when the roster list was announced, his name wasn’t on it. Jordan was heartbroken by what seemed like a failure on his part. What he didn’t know was that this was actually a strategic coaching decision. Even though he was extremely talented, Jordan was a younger and smaller player, so the coaches thought he’d get more game time and opportunities to hone his skills on the junior varsity team.

Jordan flourished because he used his disappointment as fuel to work even harder—an approach that eventually helped him break NBA records and stuck with him throughout his career. During his tenure as owner of a professional basketball team, the Charlotte Bobcats, the team had the worst-ever season in NBA history. Determined to turn things around, Jordan worked hard designing, testing, and redesigning solutions that put the team in a position to succeed, and the Bobcats eventually went on to reclaim a winning record.

Quick, name an inventor. Did you say Thomas Edison? We thought so. It’s not just the headline; Edison is arguably the most iconic inventor in American history.  Certainly among the most prolific, Edison held over 1,000 patents and is often thought of as the first celebrity entrepreneur.

While Edison had plenty of widespread success, he also experienced his share of failures. However, Edison’s mishaps did not stop his relentless innovation. He is the perfect case study on the subjects of vision, determination, and failing forward.

Before changing the world with his most famous invention, the incandescent light bulb, Edison was met with a myriad of setbacks. In fact, he attempted the lightbulb with unsuccessful results 1,000 times before prevailing. When a reporter asked him, “How did it feel to fail 1,000 times?” Edison replied, “I didn’t fail 1,000 times. The light bulb was an invention with 1,000 steps.” 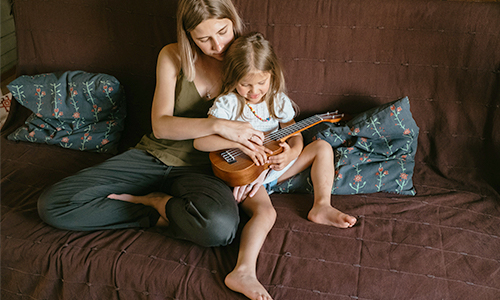 Getting Kids to Try New Things: Strategies That Really Work 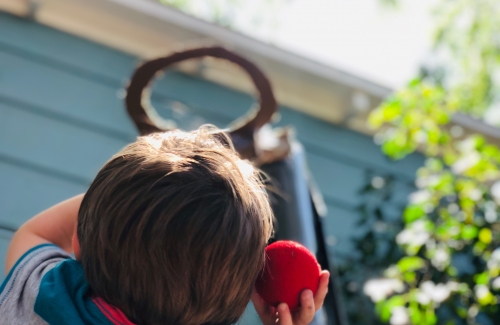 Iterate On: 5 Ways to Fail Forward

Feedback How-Tos: How to Give It, Take It, and Help Your Kids Use It

Thank you for submitting your info, we’ll be in touch!

Join the list to get early access to Summer 2023 Camp at a great price!
*Offer only valid for Camp Galileo in California and Chicago.

See you next summer!

Camp Galileo Summer 2023 enrollment will open later this year. We can't wait to see you!